Local news for the East End of Richmond, from Union Hill to Fulton. CHPN focuses on activities and events at the neighborhood level, and on larger events with direct impact on the community.

CHPN is not a newspaper or magazine. We are an independent neighborhood news blog, a grass-roots publication with no real staff reporters or editors. We are dependent on readers and contributors for our content.

CHPN is a volunteer effort.

- First of all please how did you create your community media? Was it for grant money?

Money wasn't part of the picture all, or for a few years.

The community I cover stretches from million-dollar historic homes overlooking the river at one end to a large cluster of public housing communities at the other. In 2003, I bought a beautiful abandoned
in a sketchy part of the neighborhood, somewhere in the middle.

This was the first time that I had ever lived in the part of town where there were shootings, prostitution, and open drug corners. I heard the shots that killed several people. I was also the only white man in an otherwise black-majority area.

I also met many wonderful neighbors who had been living in the area for decades and who had been fighting to save their neighborhood. I felt an immense sense of community with them.

The experience made me see the world differently, and I wanted to put together a place online where neighbors could all come together. The site was a also a vehicle for me to explore my new community, because it was both beautiful and shocking.

- To be an editor of this media source is that your hobby or real work?

It is somewhere in between. I have had other full-time jobs over the 10+ years that I've done this, but the hours and income at this point qualify as a part-time job.

- Your community media exist since 2004 and how many volunteers write their stories to you now? What are the main goals of its existence and did you achieve what you want in 11 years?

I don't have any regular volunteers, though I do get submissions every now and then. Instead of people writing stories, I get a lot of people sending in story ideas instead - like, "hey you should look into this". I had hoped for more direct involvement when I first started, but I think having my direction has helped the site have more of an identity.

I have been able to create an online space that is a useful information source for a lot of the neighbors up here. People who have moved to the neighborhood over the past 5 or 6 tell me that the site helped them connect to the area.

While I have not had as much success as I would like gaining readers in the poorest areas of the community, I do have a racially and economically diverse audience.

I would like to do more long-form writing (history, profiles of people), and I would like to have more of a direct social impact (race relations and everything else).

- Does your media have any investors? you conclude any contract with them? And how at all: thanks to donations or what?

No investors. I worked for free for years because the experience and impact were worth it.

My site exists because the internet is so affordable. My only cost is the site hosting at $200/year.

It has only been the past 2 years where I have gotten serious enough about advertisement sales to in something close to fair money for my time.

- What is you spent for your media in a month?

- How many news you produce per week?

I publish between 30-40 posts per week on the site.

- Have you ever had some problems or misunderstanding with local government/authorities?

No. Some people have been indifferent, some have been grateful for the new channel of communication. It has gotten easier as I've been around long enough that more people know the site name.

- Did somebody sue to you?

No. I have had people ask to have posts or comments removed, and I've complied out of both neighborliness and also to not have the issue escalate.

- Do you plan to expand your activities?

I am in the process of helping another community blog get started in another part of town. They should be up and running in a month or so. This will be a separate entity, but a continuation of my work.

- What’s your favorite media source? And what ambitions do you have to your media in ?

I would love to help get more community blogs up and running. The professional media cover too broad an area to be effective at this level.

- By the way, what do you think about in Ukraine and what in your opinion should be done that Ukrainian journalism/local journalism became more transparent and unbiased?

I can't imagine working in an environment like that, or trying to do journalism on that scale. All I know is how to cover what is happening in our little 5 square kilometer area, you know?

Sometimes when really big stories happen, I wonder how it would be if they were happening here - Hurricane Katrina in New Orleans, the recent unrest in Baltimore, for example... I would hope that my site would be useful in the immediate times. It would also be fascinating to have the local context as part of the historical record.

- And maybe you have some nice story how your media made somebody happier/healthier/better?

This spring we helped raise money for the high school softball team. ese girls are coming from great poverty, and the school environment is not so great. It was nice to come across an opportunity to support a teacher who is working so diligently and to be able to support the team.

This September, we've got a huge bike race coming to town. We worked through the site to crowd-source a Visitor's Guide to the area, and have even had neighbors volunteer to translate the site into 5 different languages.

And while it might be a small piece, we've helped way too many people find their lost dogs & cats :) 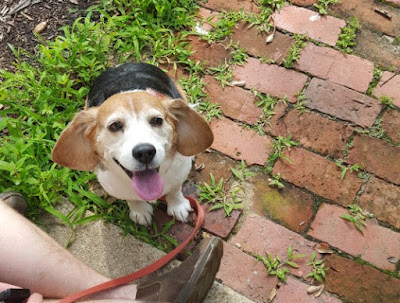 Interviews were conducted under the Project "Hyperlocal community media School", supported by the Media Development Fund of the U.S. Embassy in Ukraine. The views of the authors do not necessarily reflect the official position of the U.S. .
If you liked the article - share it with your friends: