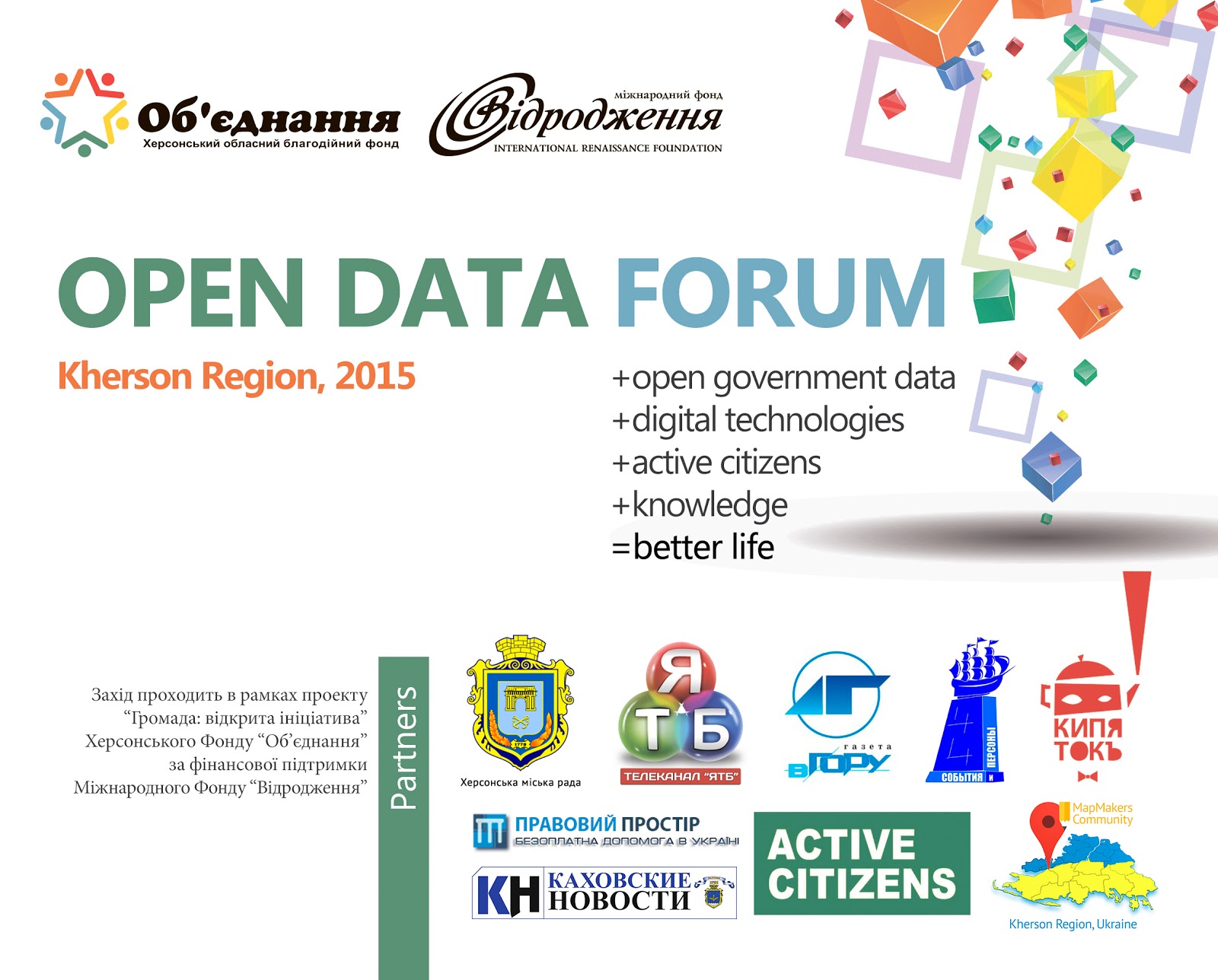 The first regional Forum of open data was held August 26, in Kherson, which was attended by over 80 representatives of NGOs, governments, businesses, educational institutions, media and active citizens from Kherson region and other regions of Ukraine.

At the Forum were discussed such questions as: use of modern digital technology in the field of open public data to increase the investment attractiveness of the region, activity of communities in the management of their own cities and there were presented already existing projects in this field in the Kherson region. Forum was organized by Foundation "Union" within the project "Community: opened initiative" with the financial support from ICF "Renaissance" and Kherson City Council.

At the forum were such experts:

If you liked the article - share it with your friends: