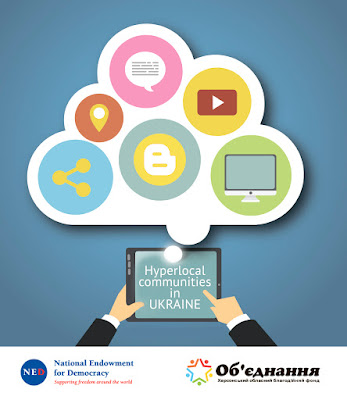 UNION Foundation continues its work to develop and support independent media hyperlocal communities in Ukraine. In 2015 we have already carried out the First Hyperlocal community media School for the south-eastern regions of Ukraine with the financial support of the Media Development Fund of the U.S. Embassy in Ukraine, in which participants have been developed 6 local Internet resources in their communities.

After receiving 5 times more applications than we can take for participation in the School, we have once again affirmed in the understanding of the importance to develop and support independent media hyperlocal communities in Ukraine. In this regard, in 2015-2016, we will continue our course and expanding it to the whole of Ukraine. 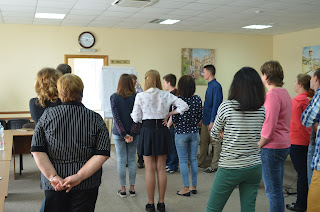 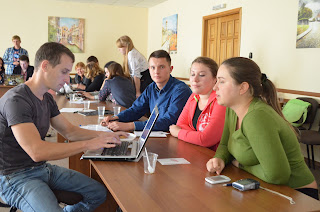 The UNION Foundation will use Endowment support to foster civic journalism in Ukraine’s regions. The lack of communications skills among civic activists and the reluctance of traditional media to collaborate with civil society are among the many obstacles that hinder the development of Ukraine’s third sector.

In 2015-16, we will utilize NED support to expand our outreach to other regions throughout Ukraine and to train bloggers, civic journalists and activists on how to launch and operate their own sustainable local community media.

The Union will develop its original training program and methodology based on data it will collect in surveys and in-depth interviews with prominent local media experts in Europe and the U.S. on their experience and best practices in launching and operating sustainable local community media. In addition, to gain a better understanding of differences between the Ukrainian and western media sectors and design a training program that is suitable for Ukraine, we will conduct additional surveys with Ukrainian local media experts. We will assess all the collected data and produce a comprehensive analytical report, which will be published, together with the conducted interviews, on our website.

Drawing on the lessons learned from the report, we will conduct two, three-day trainings and four webinars for 20 bloggers, journalists and activists on topics including launching local community media, designing development strategies, establishing contacts with local communities, producing visual and verbal news content, analyzing and processing Open Data, using social networks, and others. Following the trainings, we will launch a call for proposals for those interested in launching their own local community media initiatives. The Union will identity four of the most promising projects and support them with financial and professional assistance. We will conclude the project by convening a two- day conference of the project’s results for all participants and local partners.

The primary indicator of success will be the emergence of new blogs and local community media initiatives started by program participants and assisted by the Union. A growing number of contributors and visitors to the new sites will indicate their impact.

Our background. Established in 2011 by a group of professionals, including lawyers, IT specialists, journalists and artists, the UNION Foundation is an independent nongovernmental organization that focuses on strengthening civil society cooperation, enhancing freedom of information, and fostering human rights in Ukraine. In 2013, the Union launched its own TV channel, TV Union, which actively promotes NGO initiatives and civic activists working in the Kherson region. Since 2013, the Union has implemented several projects aiming to strengthen civic journalism, enhance the professional skills of journalists in southeastern Ukraine, and prevent cyberattacks on independent media.
If you liked the article - share it with your friends: